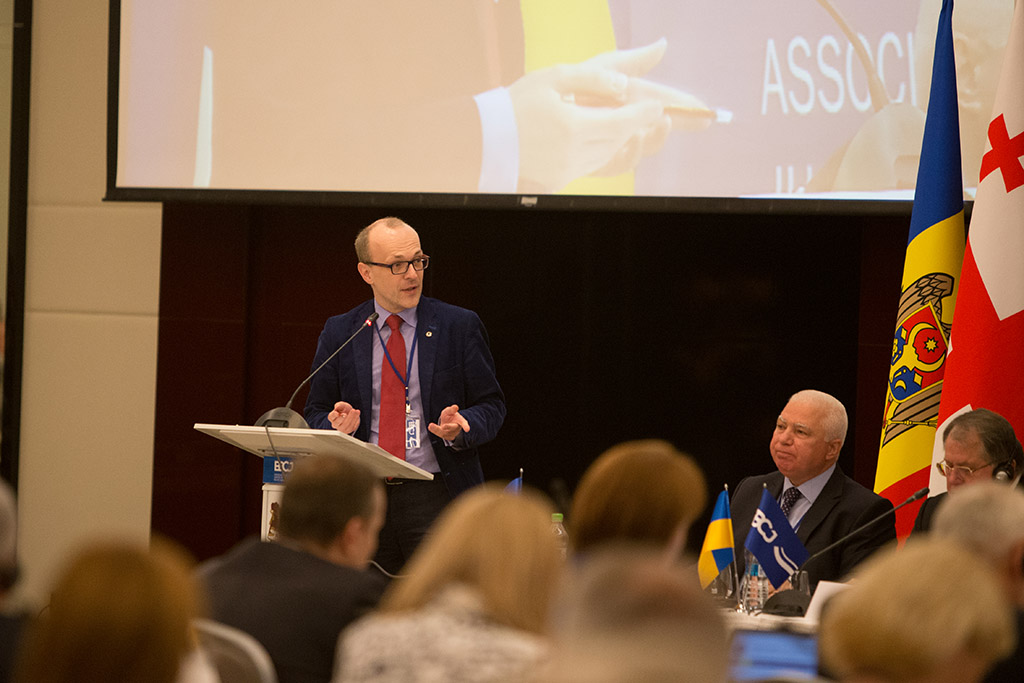 A.D. 2015/2016. Anni horribili of the Constitutional Tribunal in Poland

The year 2016 marks the 30th anniversary of issuing of the very first ruling of the Constitutional Tribunal of Poland. It is supposed to be a significant occasion to celebrate, to be proud of its legacy. After all, it paid a prominent role in creating the foundations of the state of law. However, the recent changesgive us rather a handful of doubts. I guess they give us the reasons not to celebrate, but rather to be worried about the future of the Tribunal as an independent body.

The case of the crisis revolving around the Polish Tribunal is most likely familiar to the international public opinion, either from the opinion of the Venice Commission of 11th March 2016[1] or just the media[2]. Many lawyers[3] and politicians comment on the crisis[4], trying to explain it, find the guilty or proposing the solutions. Furthermore, on 13 January 2016, the European Commission held a first orientation debate in order to assess the situation in Poland. The Commission decided to examine the situation under the Rule of Law Framework provides guidance for a dialogue between the European Commission and the Member State concerned to prevent the escalation of systemic threats to the rule of law.

In this presentation I should like to refer to the text of the Polish Prof. Boguslaw Banaszak, the lawyer who generally supported the new political decision of the majority in Poland and whose text has been published on the website of our host, the Constitutional Court of Moldova[5].

Thirdly, the results of both the parliamentary and presidential elections[6] brought a significant change to the Polish political scene. The then-ruling Civic Platform partylost, and then-opposition Law and Justice party won both elections – Andrzej Duda became the President, and Law and Justice got the majority of votes in both chambers of the parliament, and was able to form a single-party government.

Fourthly, the newly-elected Sejm decided that the election of all of the 5 judges of the Tribunal made by the 7thSejm was invalid, so the new MPs elected another 5 judges.

Prof. Banaszak, as well as the parliamentary majority, claims that such a person is just ‘a person appointed’. These words are known from the Act on the Constitutional Tribunal, not from the Constitution. I can certainly agree with Prof. Banaszak about the wording awareness of the rational lawgiver, however, the lawgiver should have in mind the content of the constitutional provisions, as well as the fact of the supremacy of the Constitution. The Tribunal stated in its ruling of 3rd December 2015 in case K 34/15 – in which I was the judge rapporteur – that even if a judge has not started his term of office, he is a judge, not just ‘a person appointed’.[7]The Constitution in its Article 194 Paragraph 1 provides that: ‘The Constitutional Tribunal shall be composed of 15 judges chosen individually by the Sejm (…)’, calling such a person directly a judge. The only body mentioned in the provision of Constitution as participating in the process of the appointment is only the Sejm. The President of Poland is not even mentioned there, as his participation results only from the Act on the Tribunal, where he is the one who takes the oath (before 1997 it was the Speaker of the Sejm who took the oath).

This leads us to the next problem: whether or not the President could refrain from taking the oath of the newly-elected, but already judges. The Tribunal in the said ruling no. K 34/15 named it an obligation of the President to accept the oath from an  elected judge. Despite that, Prof Banaszak recognizes the possibility for the President to refrain from fulfilling this obligation. His concept is based on the case of the judge elected in December 2006, against whom the doubts arose. President Duda had been an Undersecretary of State in the Chancellery of President Kaczyński, who – on the contrary – finally accepted the oath. While doing this, President Kaczyński stated that – according to the Constitution – he had to do this and there was no other solution[8]. It makes the argument irrelevant and the alleged precedent unsuitable to the current situation.

Besides, the Tribunal has specifically stated that the ‘delay (…) may not be justified only by an allegation that the legal basis of the judicial election is defective’[9]. If the President had any doubts about such legal basis, he should have challenged it before the Tribunal. He could have done it from 6th August – his first day of term as the President of Poland.

However, the head of the press department in Chancellery of the President literally stated that the President, as I mentioned before, would not accept the oath from the 5 judges elected in October.[10]The President had no doubt about the appointments of the judges elected on 2nd December and – during the night of 3rd December – accepted the oath.It happened just hours before the issuing of the judgment K 34/15. The President – as well as the parliamentary majority – considered the conflict to be solved, claiming that the another appointment eliminated the problem.

The Tribunal ruled the December amendments were inconsistent with the Constitution.

The refusal of promulgating the judgment is the infringement of the obligation of the Prime Minister, due to the Article 190 of the Constitution. Despite the commencing of tort, the decision of the PM started the most dangerous problem that could have ever happen to the state of law – the two parallel legal systems. Some courts, bodies and institutions – those independent from the Government – declare that they will apply the not-promulgated judgments. The Government and all its institutions etc. refuse to recognize them. Some representatives even called the next judgments of the Tribunal as ‘opinions made at the meeting with coffee and cookies’.

The Tribunal is now also being ignored by the other two powers. Their representatives do not show up at the hearings in the Tribunal, even though they have the obligation to do so, and sometimes their presence would be useful. Their  motions, opinions and other files, submitted earlier, are now being withdrawn.

All of these allegations and actions are aimed to discredit the Tribunal and justify the actions of the Government as the necessary measures taken in order to heal the state.

The new Act on the Constitutional Tribunal will not be any solution at all. Its only function seems to be making the people believe that the Government is ready to bury the hatchet. Nevertheless, it looks obvious that the executive power now aims to gain a broad control of the judicial power.

Take a look at some of the provisions. Even though it is the obligation of the Prime Minister to promulgate the judgments immediately, the new Act redefines it, providing that the President of the Tribunal submits a motion to the PM. In fact, it gives the Prime Minister the right to refuse the request and the promulgation at all.

Despite the fact that among the provisions of this Act there are many more interesting ideas, I would like to draw your attention to the most alarming one, though even the media do not quite talk about it. This article stipulates that ‘By the 30 days after the Act comes into force, the settlements of the Tribunal made with the infringement of the Act of 25th June 2015 on Constitutional Tribunal shall have been promulgated, except for the decisions concerning the normative acts that have lost its binding force’.

This is exceptionally upsetting in a few different dimensions. Firstly, of course, it is fulfilling the demand of the public opinion: the unpublished judgments of the Tribunal will be published. However, not all of them. The Article mentions the exception. At the day of entry into force of the Act of 7th July 2016, ‘the normative acts that have lost its binding force’ would mean the Act on the Constitutional Tribunal of 25th June 2015 – the one which was the object of control in case no. K 47/15. That means that at least the judgement K 47/15 will not be published. It was the first one that has not been promulgated yet, and – at the same time – the most important one.

Next, it is the constitutional obligation to publish the judgments, not implied just from the Act. Moreover, nobody knows whether these judgments will be published as the rightful ones or just as the historical ones. There is also no certainty whether the executive and the lawgiver will take those finally published judgments as the final ones, or what will be their status at all.

According to the Article 190 Paragraph 2 of the Constitution, it is the obligation of the Prime Minister to promulgate the judgments of the Tribunal. No body is allowed to control and rule on the validity of the judgments. The new Act misleads about the fact that this Act can be – exceptionally – the basis of the promulgation of the judgments by the Prime Minister. By this, the Sejm hereby takes the responsibility for not promulgating them off the Government, accepting the rhetoric of the latter.

The lawgiver interestingly composed the words of this provision. On one hand, he uses the word ‘the settlements’ – no matter how we translate it, it must be obvious that he consciously avoids using the word ‘the judgments’ or ‘the rulings’ – on the contrary, the Constitution itself uses these words. That already undermines the power of these judgments.

The new act describes most of the judgments of 2016 as ‘made with the infringement of the Act of 25th June 2015’. Here we have the legislative claiming in the actual legal act that it has the power to decide which ones of the judgments were made correctly, and which ones were not. The Act does not define who shall judge on the correctness of the judgments. In the lack of such definition, it will likely be the Government that will do it. It means that the executive power, thanks to the legislative one, will be able to judge on the judgments of the independent judicial power. Though, it seems like the intention of the lawgiver was to claim that every single one of the judgments made before 20th July 2016 was made with the infringement of the Act of 25th June 2015. The ruling regime puts its medial rhetoric against the Tribunal into the words of the legal act. As unprecedented it is, we all must be aware that not only does it crash the Tribunal, but also turns the tri-partite division of the power and the mechanism of checks-and-balances into the written illusion.

And very last remark. If there is any sense of cooperation between the constitutional courts, it will be the support and mutual loyalty. The cooperation of our courts is essential in defence of our own independence and of the principles of the democratic state of law. Therefore, at these challenging times, the constitutional courts of different countries should support one another[19].

© 2022 Association of Constitutional Justice of the Countries of the Baltic and Black Sea Regions  Created by PLATFORMA.MD