Home activities Working visit of the delegation of the Constitutional Court of Ukraine headed...
SHARE 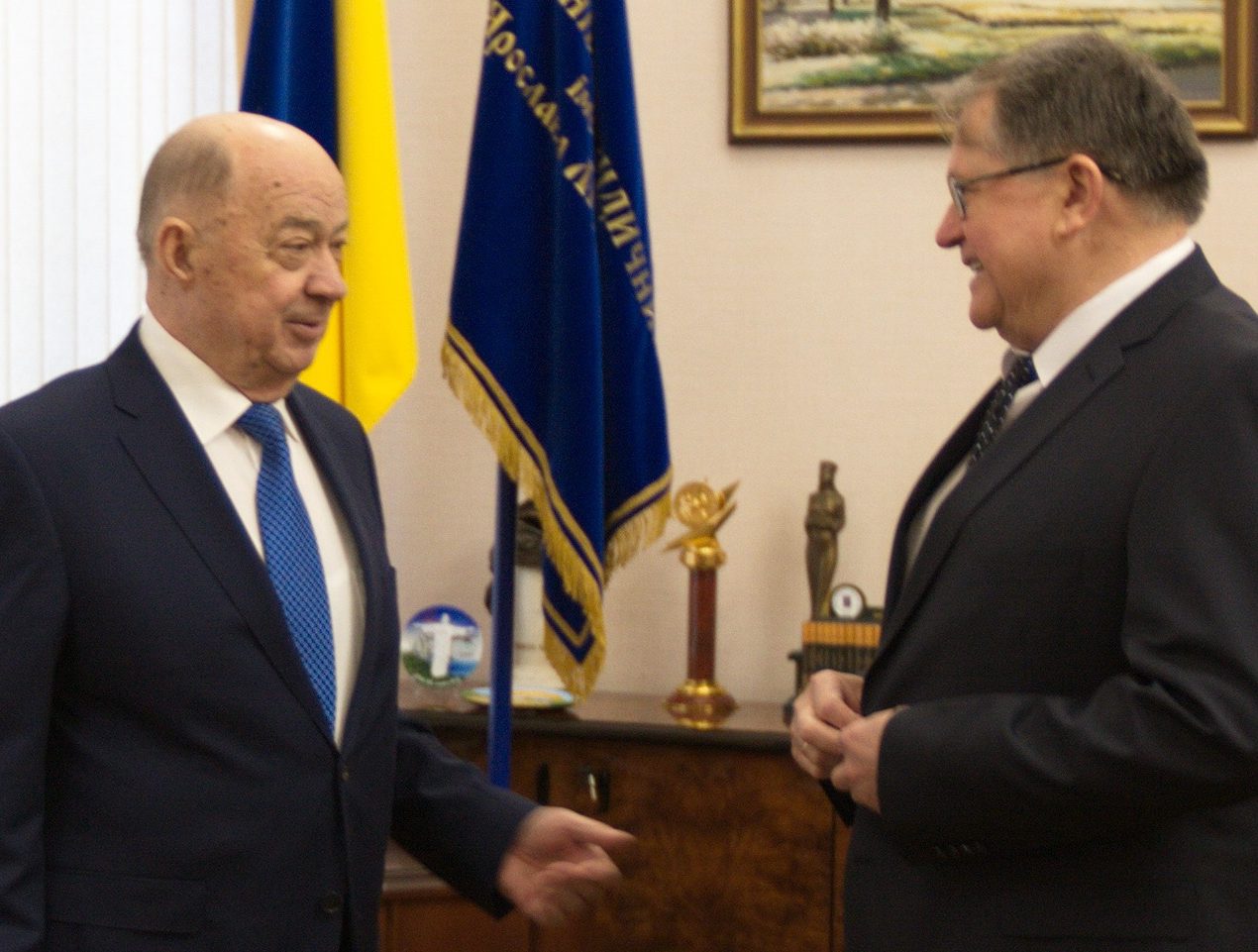 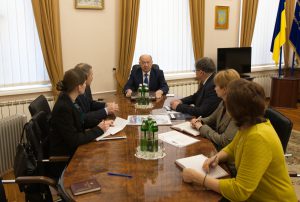 On March 30-31, 2017 the delegation of the Constitutional Court of Ukraine headed by President of the Association of Constitutional Justice of the Countries of the Baltic and Black Sea Regions Yurii Baulin paid a working visit to the Yaroslav Mudryi National Law University and the National Academy of Legal Sciences of Ukraine in the framework of the preparations for the 2nd Congress and General Assembly of the Association. The delegation included the Secretary General of the Association Yaroslav Vasylkevych, Head of the Office of the Chairman and Deputy Chairmen Maryna Arshevska, Head of the External Relations Department Olga Kravchenko, 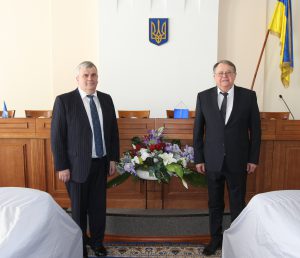 seniour specialist of the Department of Information Security in Telecommunication Systems Vadym Kovtiukh.

Within the framework of the visit, Yurii Baulin met with the President of   the Yaroslav Mudryi National Law University Vasyl Tatsii and the President of the National Academy of Legal Sciences of Ukraine Oleksandr Petryshyn.

Among the issues touched upon during the meeting, the key ones were the venue and the agenda of the 2nd Congress and the General Assembly of the Association, scientific and educational activities for foreign 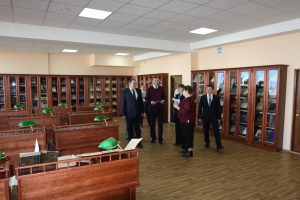 delegations and guests, as well as other organisational issues related to the high-level events.

During the meeting at the Yaroslav Mudryi National Law University Vasyl Tatsii acquainted Yurii Baulin with a new educational and library complex, the grand opening of which took place in early March 2017 with the participation of the President of Ukraine Petro Poroshenko. It should be noted that the 10-storey building of the complex with a total area of ​​more than 16 thousand 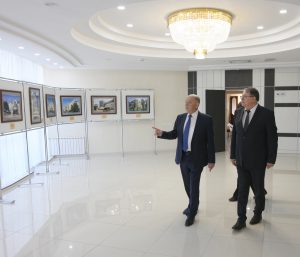 square meters includes millions of unique books, domestic and foreign electronic publications meeting the highest standards of legal education. The building of the complex, in addition to the book depositories and reading rooms, also contains information and analytical laboratories, 5 lecture rooms, 40 classrooms and an art gallery, with the exhibition on “The country embroidered with beauty” dedicated to the past of the region.

The delegation also visited the conference hall located on the 10th floor of the educational and library complex where the 2nd Congress of the Association is to be held. The 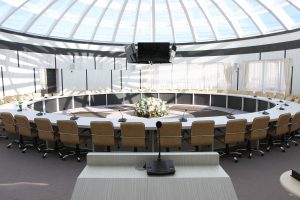 The visit to the National Academy of Legal Sciences of Ukraine, which is the scientific partner of the Constitutional Court of Ukraine and co-organiser of the 2nd Congress of the Association was an important event in the framework of the visit to Kharkiv.

The Secretary General of the Association Yaroslav Vasylkevych met with the Director of the Poltava Law Institute of the Yaroslav Mudryi National Law University Nataliia Gutorova and discussed a possibility of professional meetings and acquaintance of foreign guests with scientific developments and achievements of the Institute researchers. 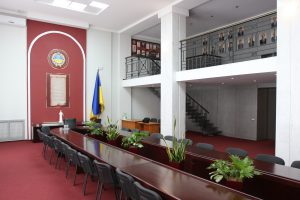 In addition, the delegation visited the Kharkiv Commercial Court of Appeal, which was established as the result of the judicial reform in the state. The building of the Kharkiv Commercial Court of Appeal has no analogues in Ukraine and is one of the best, as the conditions created for its work  correspond to the court’s high designation, i.e. effective protection of the rights and interests of all participants in the process, noted the Court’s Chairman Court Pavlo Tykhyi.

The highlight of the stay in Kharkiv was the visit to the Museum of the Сommercial Сourt of Kharkiv Region as a part of a meeting with the Chairman of the Court Pavlo Khotynets. 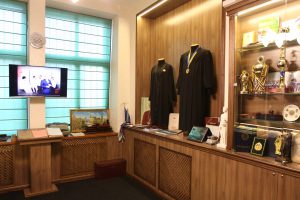 The delegates got acquainted with the history of the formation of commercial legal proceedings, interesting exhibits of the museum and historical facts of the Court’s life. Impressed by the combination of high technologies and ancient exhibits of the museum, the delegation noted that the museum could also interest foreign guests – the participants of the 2nd Congress.

The Constitutional Court of Ukraine invites the representatives of the constitutional control bodies of the entire region, as well as representatives of international judicial institutions, international organisations and foundations to participate in the 2nd Congress of the Association of Constitutional Justice of the Countries of the Baltic and Black Sea Regions, to be held on May 31–June 4, 2017 in Kharkiv. Within the framework of the Congress, it is planned to discuss the issues related to the role of constitutional courts in interpreting the provisions of national constitutions in the context of the generally recognised principles and norms of international law and EU law, judgments of international courts. The President of the Association Yurii Baulin expresses his hope that the fruitful work of the 2nd Congress will contribute to the development of democratic legal society through strict adherence to the principles of the rule of law.