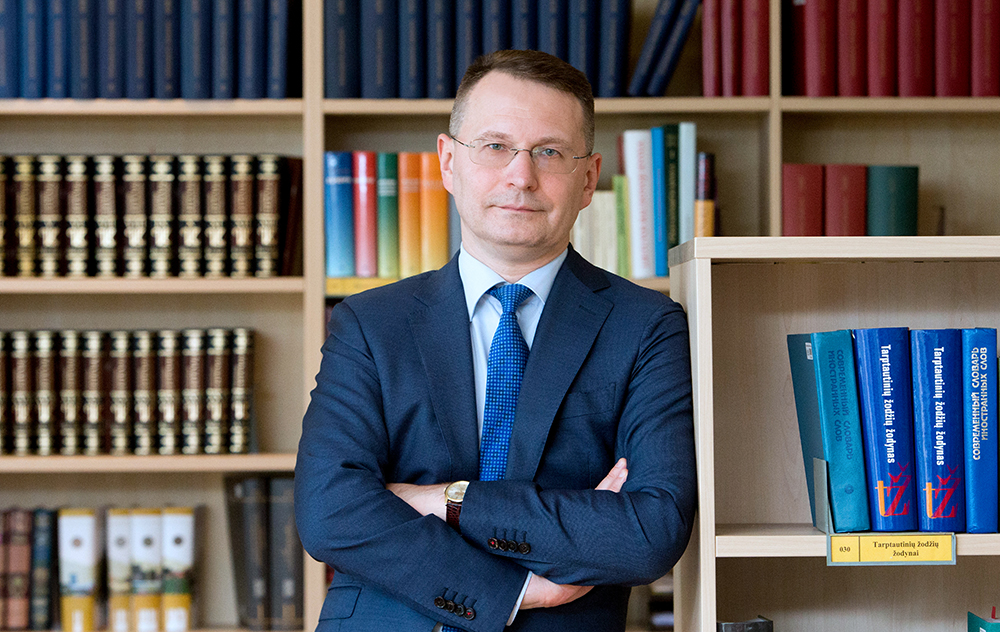 The term “transitional democracy” implies the process of democratic consolidation, which concludes when democracy becomes, to cite a well-known metaphor, “the only game in town”.[2] The notion of a consolidated democracy is inseparable from such elements as free and fair elections, respect for human rights, and the observance of the requirements of the rule of law. Taking into account that it is extremely difficult (if not impossible) to fully achieve all the criteria (given their progressively evolving nature), states are considered “consolidated democracies” when these criteria are satisfied for the most part.

There might be different opinions as to when democratic transition in Lithuania was concluded. However, it is obvious that it would no longer be reasonable to speak about transition after Lithuania’s integration into the European Union and NATO. Thus, the year 2004 might be perceived as a significant landmark, completing the process of Lithuania’s transition towards a consolidated democracy. It should be underlined that democratic transition cannot be an eternally continuing process; likewise, a state should not be considered a “transitional” or “new” democracy for two decades.

The development of constitutionalism is a continuous process. Certain challenges that emerged during the transitional period have continuous implications or, due to new developments, acquire new forms. Therefore, by placing emphasis on the transitional period, I would like to present a general overview (not strictly limited to the period of democratic transition) of the main challenges and successes of constitutional review in Lithuania.

The Court had also to adjudicate cases related to the reform of the Lithuanian legal system. One of the major tasks in this context was the consolidation of the principle of the independence of judges and courts. For example, the Constitutional Court ruled that general supervision carried out by prosecutors, who were granted the right to give conclusions for courts concerning the merits of a case in civil proceedings, was incompatible with the constitutional mission of the prosecutors and interfered with the powers of the judiciary.[4] In another case, the Constitutional Court ruled on the unconstitutionality of the statutory provisions that had created the preconditions for interference by the executive branch (the Minister of Justice) with the appointment of judges and, at the same time, with the activity of courts.[5] The Constitutional Court identified the main guarantees of the independence of judges and courts, including the inviolability of the term of their office and the financial, material, and organisational guarantees.

Constitutional review also played a substantive role in consolidating the protection of human rights. As early as in 1995, the Constitutional Court held that, in a democratic society, priority is to be given to an individual; therefore, all limitations on fundamental human rights and freedoms must be regulated by laws and not by legal acts of lower force.[6] The process of restitution of private property and the need to apply European standards based on respect for human rights determined that the Constitutional Court had to consider more than one case related to the constitutional protection of ownership and the content of the right to a fair trial. However, during the transitional period, the most important case in relation to human rights was the one in which the ruling abolishing the death penalty in Lithuania was adopted.[7] The unconstitutionality of this penalty was substantiated by the necessity to defend innate human rights, in particular the right to life and dignity, as well as by the advanced development of international law, i.e. the emerging European standard towards the abolition of the death penalty.

Nevertheless, the challenges that are related to the varied range of issues faced by the Constitutional Court are positive ones: they are conducive to the development of constitutionalism and testify to the importance of constitutional review. All these challenges are interrelated and lead to the consolidation of the rule of law.

The Constitutional Court also encountered certain negative challenges, such as attempts to diminish its independence. These attempts can be associated with the fact that part of politicians treats constitutional review as undesirable restriction on the powers of the Parliament. To a certain extent, this is also the legacy of the past – during the Soviet occupation regime, the ruling communist party had been above any judicial control.

However, none of the aforementioned initiatives (mostly introduced by populist politicians) have been implemented. Thus, they cannot be viewed as posing a direct threat to the institutional independence of the Constitutional Court.

Hopefully, in Lithuania the period of transition has been successfully completed. Most importantly, the Constitutional Court was not only established, but it also managed to remain independent from any political influence. Therefore, I am particularly concerned about our colleagues from Poland, Georgia, and some other European constitutional courts struggling with the challenge to safeguard and preserve the independence and status they had gained through decades of hard work. It is even more upsetting when in other cases we witness that such independence is voluntarily given up.

[1] This report was delivered at an international conference “Constitutional Justice in Transitional Democracy: Success and Challenges of Constitutional Review in Georgia and Eastern Europe”, which took place in Batumi on 9–12 September 2016. This conference was organised by the Constitutional Court of Georgia on the occasion of the 20th anniversary of its activity.

[4] The Constitutional Court’s ruling of 14 February 1994 on the supervision carried out by the prosecution in the civil procedure.

[5] The Constitutional Court’s ruling of 21 December 1999 on the procedure for appointing judges and on other norms of the Law on Courts.

[6] The Constitutional Court’s ruling of 26 October 1995 on the restoration of the ownership rights of citizens to land.

[7] The Constitutional Court’s ruling of 9 December 1995 on the death penalty provided for by the sanction of Article 105 of the Criminal Code.

[9] See the Constitutional Court’s ruling of 4 March 1999 on the employment of USSR KGB regular employees.

[10] See, in particular, the Constitutional Court’s conclusion of 31 March 2004 on the impeachment of the President of the Republic.

© 2021 Association of Constitutional Justice of the Countries of the Baltic and Black Sea Regions  Created by PLATFORMA.MD